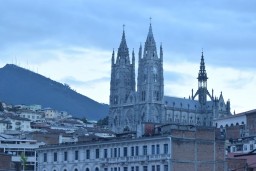 As we are transiting through very turbulent phase of planetary evolution, I have decided to make a post about simple protective meditation tool which can assist in day-to-day energetic stability and shielding from distracting negative influences.

Before proceeding would like to talk about symbol “merkaba star” or Star of David : two inverted triangles crossing. This geometry is connected to the Law of Gender and means unity, unity of the polarity coming into oneness (with Universe/ God).
All things exist within the Gender Principle of Creation, everything has its masculine and feminine principle, which produce metaphysical forces that play a role in creation and regeneration, nothing can manifest into being without this law.

The Star of David means unity between male and female, the geometry directs energetic balance between the masculine and feminine energies that exist within every human being, whether in a male or female form. All humans are intrinsically made up of gender principle energies, masculine and feminine, which are designed to come into Sacred Union in order to communicate with the highest self (roughly speaking it can be described as living to the fullest potential being connected to everything with love and at the same time existing without needing external energy).

On a sidenote - negative forces also use it extensively, throughout many occult and religious branches, for their purpose is to reverse natural merkaba flow. As you can see on cover photo for this post - merkaba star depicted on the cathedral Basilica del Voto Nacional in Quito, Ecuador. The base pattern of many religions is based off fear, promoting obedience to God, who can punish you for this or that (instead of explaining it as a creative love energy). This is an oversimplified mass program example to incentivate reversed merkaba spin and unfortunately many teachings/religions include the “highjacked” material. Merkaba star can be spotted in christianity, buddhism (symbol for hearth chacra, inside a lotus), judaism, islam among others.

Meditation tool consists of imagening platinum silver light merkaba star in the center of the brain and then flying through our chacras, going to the Earth’s core, connecting to it, and creating a shield based off a cord connected to Earth’s center, which further goes up to the Andromeda galaxy (Heart of our Universe). Five minute guidance video with details by Lisa Rene is available here https://www.youtube.com/watch?v=XhuLXYLhz-c. Another version called Maharic Shield can be found in “Freedom teachings” by E’Asha.

As stated on AscencionGlossary.com: The Merkaba fields (literally, imagine these two pyramids around us, with their crossing area being around our chest) are what help to sustain the energy that builds the entire Energy body construct, in which there are male-female sets of counter-rotating electromagnetic spirals of the consciousness energy. The male-female sets of consciousness energy spirals generate a DNA and RNA imprint. The DNA architecture is the masculine principle, while the RNA is the feminine principle. The DNA-RNA messaging circuitry must communicate together in balance. The DNA and RNA imprint project the entire lightbody hologram which organizes the light of the consciousness into a bio-energetic field, or auric field.

When shadowbody (the name for all the “darkness” to be made conscious) integration is done - when a person realizes about true feminine and masculine aspects inside him/her, male merkaba (horizontal lieng triangle/tetrahedron) spins clockwise, and female - counterclockwise. Reversals and distortions of merkaba spins are equivalents to open doorways for posterior possesion and consumption of dark entities who will drag person in some sort of loop behaviour disaligning them from their original creativity blueprint.

As I try to do this technique on everyday basis, I decided to compile knowledge in single article for further reuse, and of course to share with others!

To sum up - this meditation tool essential to help oneself master focus if you wish to proceed in discovering your True Self.

Based on materials created by energeticsynthesis.com

My compilation of thoughts regarding merkaba and 12d shield protection technique.