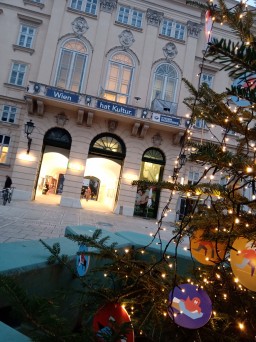 The place where 12 years ago I stepped “free world” schengen for the first time.

Beautiful Vienna is visually less infected {mentally} then the west of Europe. Life continues! Covudism is present but not as alarming as in Iberian peninsula.

Europa.. Freedom... Do most europeans really perceive what it is? Or there was some cognitive manipulation which made people disconnected from human core?
Where you ever denied seeing a place based off your citizenship?

For anyone born in the EU: to travel (as a tourist) to any European country I had to have a huge list of documents, proofs of this and that, translate all that, buy useless insurance, pay 35€ and you could be denied, no €-back! :P

On top of that add that making a passport (to be able to ask for “travel permit”-visa), it also wasn’t easy as “show an ID and pay 50€” - for me it was even more complicated then ask for those stupid travel visas. Bribes and corruption, if shorty.

So when I tell that alarming portion of europeans are acting as spineless sleeping zombies groomed to be “correct” and dependant on technology, is because based off my experience as a person fighting for freedom (starting from being born in Soviet Union) and this sweet European citizenship, it looks that way, and if you are honest with yourself you will agree as well. Proof me I am wrong if you are offended by that opinion!

When some “sensitive” subject comes to the surface, “friendships” can crumble - why that easy?

Because for many people concept of friendship equals to facebook algorithm and is based only on validation.

We are not perceiving FREEDOM if we are obedient in front of corrupt governers and don’t acknowledge this.

We are not perceiving FREEDOM if we fall into “society group fragmentation” idea.

We are not perceiving FREEDOM if we get ANGRY if somebody doesn’t do what we do.

I don’t desire anything bad to people falling into coved narrative but they wish many bad things to those who don’t comply with them.

We live in interesting times, when all illusory crumbles and all the population of western world will have to be very mindfull perceiving what are basic freedoms.

Let's visualize a future where inner light will prevail on the continent and on the planet, and more and more people will realize what freedom is and will lose fear to claim and defend it. Fear is a choice, fight it!