Humanity is not evil 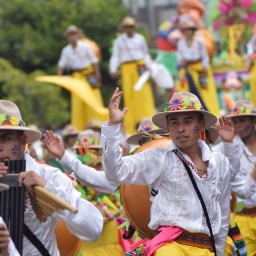 Many of you have recently (in past month-two) had dreams where your eyes have had some sort of alterations. There was and still continues emotional purge. Due to these you now can see clearly behind the veil of false reality construct.

The message that the 'rulers of the world', controlled by fragmented consciousness, try to impose on us is that the human race is sick (remember Matrix's agent Smith projecting that phrase onto Neo?) - that's narcicistic consciousness of 'the rulers' doing projection of itself on human race : attack first, make believe the lies. Human race is not sick! We are not violent in our true nature as it was thought and planned in Divine manual. We are violent or insane only due to fragmentedness of the spirit, when the lower dimensional entity takes over control of our body, even though it appears as 'our decision/desire'. And this is like a multigenerational curse/virus, that many of us are shedding now.

So what happens now? I see this narrative that "we are careless violent creatures, planet can't stand us and shows it's time to stop!" - but that is also not true, because habits of mass population are formed by 'the rulers' who are using all the modern methods (thanks to advertisement and algorithms) decide what we will want to buy, eat, listen, where to travel, whom elect as a 'ruler'. If 'they' had really wanted to save the planet, they would have done that by now (because they control everything: money, resources, top companies, laws). Instead what they do?

Manipulate again, making population believe that 'we are bad' 'we are consumists' , etc. They already planned the fall of economy this year and test all the liberty repression measures to start materializing this narrative, but our power is stronger, we are awoken, we act from the Heart, we are Love, and together with patience we can transmit the message of the Truth. We are beautiful, out of the concept of the race, culture and others systems with which we were raised, we are multidimensional, we are full of talents, we are life/consciousness itself searching for highest expression and we can, and will, materialize the best version of the future for Our Planet. #ascencion