Notes on lucid-dreaming, indigos and hybridization 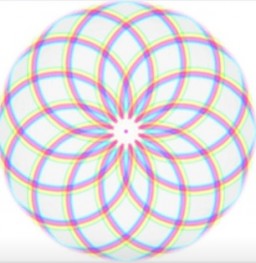 Met a new person today, who describes himself as a frequent (if not constant!) lucid-dreamer , but without awareness of “mechanics of reality” knowledge published at energeticsynthesis.com , and I compiled him some links and explanations, which I thought would be useful to have compiled together in one article. If you are not familiar with any of these, I have embedded links to articles and instagram posts, the content over there comes either from Lisa Renee or E’Asha, illustrations are from instagram Angelic.Humanity (based on E’Asha’s teachings). I follow these teachings because of my own experience, they proved many "abnormal" and magic things I witnessed in this real, as for you, Dear Reader - use what resonates and your own discernment!

~1 Universe, 5 Densities, 15 Dimensions, 12 Stargates~ Universal Manifestation Templates (Morphogenetic Fields - MF) are called TIME MATRICES. There are uncountable Time Matrices within the Energy Matrix, which are collectively referred as The Time Matrix. All Time Matrices within the Cosmic Energy Matrix follow a specific mathematical-geometrical program through which space- time and matter can be experienced by consciousness upon the Time Matrix structure. Time Matrices are arranged upon a pattern of 15 different, but interwoven, Partiki Phasing rhythms (rhythms of expansion and contraction of energy). Each of the 15 rhythms of Partiki Phasing creates one Dimension. Within the Time Matrix the 15-Dimensions are further arranged into sets of 3 Dimensions, forming 5 3-Dimensional reality fields called a Harmonic Universe (HU), and each HU represents a level of matter densification specific to its intrinsic rates of Partiki Phasing. One Time Matrix is thus a 15-Dimensional Scalar Grid with 5 separate reality fields (Harmonic Universes) and 5 different densities of matter manifestation. There are 5 simultaneous manifesting Euiago Cycles (Time Cycle) in every Time Matrix, through which consciousness passes in order to experience linear evolution through space, time and matter, Each Euiago Cycle contains within it 6 smaller cycles of time called Time Continua. It is through the multidimensional relationships between angles of particle and anti-particle spin (ARPS) that multiple reality fields (Harmonic Universes - HU) can take place in the same space, while remaining invisible to each other. As a planet evolves through this process. the rate of particle pulsation, and thus the speed at which it moves, progressively increases, while the density of matter progressively decreases. ~ARhAyas Tan-Tri-Ahura Teachings~

This is a sort of a scheme of "places" , different dimensions, which we are connected to and can visit while asleep, the “access” to different parts is based on your vibration (and roadmap to elevate it, is understanding Hieros Gamos stage and continuing with the process).

*Note: Hieros Gamos is an “inner marriage” of what could be described as Divine Masculine and Divine Feminine. Can be seen as parts of the consciousness falling in love with each other, opening your access to higher-self and perception of multidimensionality.

He was surprised and asked if there were up to 15 dimensions - following these teachings (and some of my experience) - yes . But you have to do a lot of innerwork (innerdive and do integration in this dimension), to proceed with your "inner marriage" if you want to access the higher dimensions (and higher vibration).

One friend of mine went other way (he also could lucid dream from early age). He started acquiring (in the Astral) abilities through pacts with spirits and beings in lucid dreaming and result was him being nowadays a bearer of psychopatic consciousness not able to feel real empathy ( https://ascensionglossary.com/index.php/Empathy ) comparable to, if you know, the ex-owners of the world - famous people and celebrities spotted on Epstein’s ped0island).

By accepting any kind of pacts from entities in other dimensions, you fracture your spirit and substitue your parts with inorganic code (without realizing that) and in the end is like... person with addiction seldomly admits they have one, right? Person shifts his/her value system in a way to comply with that of the entity (it can be some advice manifesting in hiding truths from a loved one, or comitting treason to a close person, etc.) . The lack of empathy goes that deep that, an example of that would be discovering your closest best friend (or a person with whom you believe you have strong ties) is something totally opposite to what they have made you believe they are ( eventually on energetic level they function from what is called Anubian Black Heart ( now notice in this summer's events, Istagram on numerous occasions rolled out Saturn Black Cube and Black Heart as first-to-use .gifs due to BLM psyop ) .

Continuing my conversation with him, hearing about my friend he mentioned he has read something about that, calling them “Belial sun” people ( and there are others, “Black suns” ). As is stated in “Empathy” article mentioned above, “We are in essence, in a struggle between human EMPATHS, and alien hybridized humans and extra-dimensional aliens that are NON-EMPATHS”. Human race is not all same, we have many bound through DNA manipulation more to these “non-human spirits” and otherwise, there are people who bare both DNA’s and throught life experience rehabilitate all ancestral trauma through “Service to Others” (thus rehabilitating hybridization and embodying more of our higher-self connected to eternal source of life, through Love).

Some of indigos are a mix of original “human empath” and “hybridized” human (less empathic, more subjected for possession and mind-control). These people are doing rehabilitation of the hybridized DNA, by deciding in which direction go: Service to self (thus becoming a hijacked indigo) OR service to others (recovering empathy and Heart). Basically they are a person connected to two “group souls”, one in rehabilitation being superwised by another one. This "twospiritidness" can manifest as bipolarity, for example, because a person is connected to two group souls: of hybridized collective and of angelic one. Another possible diagnostic of “western medicine” would be - autism. What is important to state - it is possible to integrate everything and be "whole” person.

When I reveiled thoughts above, lucid-dreamer friend responder “That sounds like me I struggle hard with empathy toward me or others I can never balance . Guess what I happen to have - autism.”

Type 3 indigos are part of an Oraphim-Nephilim hybridization program through which ancient Nephilim (Annunaki+Cloister human from seeding-2) are provided with a new raceline to evolve within in order to clear fire letter DNA distortions so there codes of Ascension can be regained. Type 3 Indigos have an oraphim 24-strand  Double-Diamond +11 strand reverse Templar Sun DNA Matrix which gives them a maximum potential of the 12 strand Diamond Sun DNA Matrix. Type 3 indigos are literal incarnations of two different avatars in one body, an Oraphim Avatar overseeing an Nephilim Avatar Spirit essence. The core of their life purpose is to mend the extremes of polarity between the Reversed 11 strand DNA Matrix and the 12 strand potential but their lifetime serve an important role in the greater plan of healing that the DNA distortions within the Nephilim, Annunaki and human genetic lines. Type-3 Indigo recessives have the most extremes and polarity issues of all of the indigos, are highly intelligent, mathematically inclined and athletic and may have difficulty with emotional bonding issues. They may seem like an angel and devil in one body. Indigo recessives are unique in that the Incarnation involves more than one family line of consciousness. Recessive Spirits are literal Composites of two entirely different avatars, incarnating in one body. The orphan Avatar possesses the 24 strand Double Diamond Sun DNA and remains as the dominant Force within the personality, gene code activate properly, the second avatar spirit is that of an 11th dimensional Nephilim, the race of Anunnaki-Giant-Cloister humans who a were banned from Earth in the 2nd seeding. The gene code of the Nephilim is that of the 11th strand reverse Templar Sun. the Nephilim race has been trapped between harmonic Universe 1 and density 11 manifestation cycles for many thousands of years due to fire letter reversal and DNA distortions from the Anunnaki lines. The 24 strand dNA imprint is the only coding high enough to retain its Integrity when combined with the Nephilim Templar Sun DNA. More on type 3 @ https://www.facebook.com/Consciousness-Expansion-Movement-106245117416123/

This is another proof that conventional psychology is non-complete pseudo-science, which ignores spiritualistic aspect and can actually do harm personal development. In many cases psychological intervention is sedation, but how one can do meaningful talk therapy while in vegetable state  is a mystery. The whole healthcare construct "they" (invaders) have created, is not to make us arrive to full realization of who we are - they just want to inject "problem people" with sedants and distract us from inner guidance.